It’s finally up “The Coven and the Fire” 🙂

“Somewhere hidden in the landscape is an ancient magical fire. Coveted scrolls tell of it’s whereabouts. Power hungry witches want to find it to harness it’s immense energy.
Who could stand in their way? Who could save the world from the evil that would befall it should the witches succeed in their mission?

The first instalment of a series of short stories in ebook form set in a world of magic. Follow the plight of Glark the crow as he battles to save the world from an evil coven bent on obtaining vast magical powers.

Where can I get it?

Click the image below to see it on Amazon! 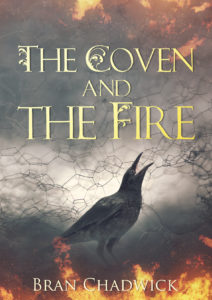 Also available in the following locations: